In the Navy Seals they have this thing called Hell Week.  It happens early on, in the third week of the first phase.  They want to weed out the weaklings before they make an expensive training investment.
I didn’t sign up for Navy SEALS but I just had my hell week.  Let’s skim the highlights shall we?  Be warned.  There is GROSS stuff in here.  Vomit.  Poo.  Complaining.
You were warned.
Benji projectile vomited Sunday morning.  Twice.  On me.
Jichaan was angry we couldn’t take him to the Taiwanese society Sunday because afore mentioned projectile vomiting.  Apparently it never occurred to him we would be spending so much time and energy on the babies.  Because two children under four is a walk in the park and we’d have LOADS of time to, well, take him for walks in the park.
I digress.
Monday Bill drives Ellie to school with minimal pain while I drive to an appointment in Houston.  During rush hour.  With a screamey baby.  I only took the wrong exit twice and between that, construction, and rush hour traffic, I was only 45 minutes late.  Right?
Tuesday everyone was off.  Ellie was extra screamy, I was extra head-achy and Benji was teething and up all night.  He’s getting his two year molars early.  And the fun never stops…
Wednesday Ellie gets dropped at school after crying all morning about going.
Then I began to vomit.
Pulled the car over four times in the 15 minute drive to get her in the afternoon with dry heaves.
The fourth time as I was looking for my gum my fingers grazed something wet and cold, soft and sticky.  I almost didn’t pull it out.  Do I really want to know?
*Sigh.
Yes.  I’m an adult.  I can do this.  I pull it out.  It’s a brown congealed mess of what smells like it used to be banana before the microbes began entering the space-age stage of their evolution.
I brushed away the tiny microbe space-ships, chucked it out the window, then pulled over and chucked up the last of the water I had at breakfast.
Wednesday night – flu hits me hard and I text Bill to come home early.  I won’t tell you what time he finally came home because those who love me may want to murder him.  Suffice to say, he does not handle ‘unexpected situations’ well.
If he has lots of time, and lots of notice, he can shift things around.  But if not, well, I’m laying on the couch heaving in a bucket while Benji smears his own poo on the windows.
I did not cook them supper.  I did not say hello to my husband.  I went immediately to bed.  I did not get up with Benji all night.  I crashed.  Hard.
When I woke up Bill was handing me a Benji who needed changing and when I checked on Ellie, she was crying on her bed, covered in her own puke.
In Bill’s defense, he did not hear Ellie before he left and didn’t know she was in trouble.  At least, that’s what I tell myself.
He did offer to come home early THAT day.  But I was feeling better by then and had a nice day of bleaching sheets and feeding Ellie crackers.  Benji took a break from his teething.  He slept well Thursday night.
Friday. Ellie is feeling much better but still a little sick.  So basically she’s whiny and demanding and extra screamey but also hungry like usual and needing to eat every 1.25 hours.  I didn’t realize until she wasn’t hungry how much of my day is spent finding snacks, preparing snacks, cleaning up snacks, then preparing lunch/breakfast/dinner and cleaning…ugh, you get it.
Benji is extra teething.  His whole hand in his mouth, chewing on anything he can put in there and crying when he’s trying to eat anything harder than a cooked-to-death-piece-of-macaroni.  I’ve never given him Tylenol so early but he had it at 7am today and it barely helped.  Poor guy.
So when Jichaan pops out of his room around the time Bill normally gets home Friday night (late of course) and tells me he wants Bill to take him to the store to get a few things (even though I asked him earlier if he needed anything because I was going out and he said NO)…I almost twisted his ear and led him right back to his room.
“NO!  I need him more.”  Is what I wanted to say, very calmly and firmly.  Instead I said…”He won’t be home for another half hour.”
“I’ll wait outside.”
“Great.”
So he ‘waited’ outside, watering the plants I already watered this morning AND this afternoon, hitting them full spray from three feet away, bending the delicate….I can’t even…ugh.
Anyway – I know this blog entry is longish but I wanted to end on a grateful note.  Yep I had a crazy, crappy week where I lost my lunch, lost my cool, lost my focus and lost my perspective.
But Holly, from ‘My Plant Based Family’ (myplantbasedfamily.com) finally told us why she hasn’t posted in a while.  Her son Steven has Leukemia.
And instantly I have gained my perspective back.  Everyone here is healthy.
And it reminds me of something someone said to me once when I was taking treatments for Leukemia at Sick Kids when I was 16.  They said, “There’s always someone worse off than you.”  There’s no point in comparing or complaining.  No matter how bad things are and get, there is always, always someone going through more.  So there’s always something to be grateful for.
And always someone you can reach down and help out.  With a smile, a hug, prayers or dollah-bills.  If it moves you, you can help her family out at:

Because as my own parents know, it’s hard to work full time when your baby is full-time fighting cancer. 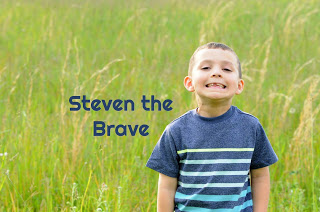 East coast Canadian native A.D Yeh received her bachelor's degree in psychology and literature from Mount Allison University in Sackville, NB, Canada. She is a staunch advocate for writers and literacy/learning with her online writing community at DIYMFA.com. She also teaches a love of creative gardening to pre-k kids in her physical community. She writes a regular column about how poetry can change the world. (https://diymfa.com/reading/poetry-can-change-the-world) She lives with her husband, two lovely human children, and two cranky fur babies near Houston, Texas. You can check her out on Insta - @thatpluckygirl - or her website, www.thepluckycanadian.com View more posts