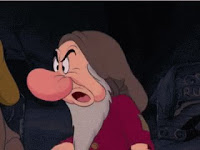 I’m trying my best to ignore the simmering resentment emanating from the in-law suite.  We are in day two of a massive geriatric tantrum.
What caused this sweet old man to retreat into a sullen silence you ask?
Let me tell you.  It is because we won’t sell the house and move to Houston (city) so he can walk to the Asian grocery store when he wants to.
Yes.
And because Bill told his father that he discussed it with me and WE agreed WE don’t want to do that, get this, are you ready for this?
He told Bill I’M calling all the shots.  Like, I’m the boss.
Can’t let your wife have a voice in a marriage right?  That’s crazy talk!  Says the man born in 1923.

Anyway, so he’s mad at me too.
I gave Bill a list of all the things that would be different around here if I were REALLY in charge.
Suffice to say it included a two story pool with waterslides, a home theater and a yoga/sun room.  And three more dogs and two cats.
The first day of the tantrum I was worried.  Bill, trying to save me the drama, hadn’t told me about their fight the night before.
So Jichaan stayed in his room with the door shut all morning.  Finally I knocked and asked if he was ok.  (Hello?  Are you still breathing in here!?)
Yes he was but something was clearly wrong.  He didn’t want to see the kids all day and he didn’t set foot outside or in the garden for the first time in the month he’s been here.  He burnt his tofu too.
I told Bill to come home early because I was worried he didn’t feel well and just didn’t want to tell me.
Turns out he’s just mad.
Turns out even when you’re 95 you still don’t grasp your days are numbered and you should spend them wisely, in love, and not chuck them away being angry all day.
Well, I will learn that lesson for him.
So I will spend the day lovingly checking on him, asking the kids to go see him, bringing him snacks and offering to share our supper.  Which will probably drive him totally bonkers.
Anyway – hug your grammies and grampies, even if they don’t want you to.
You’ll be spending your day in a right way AND it’ll probably drive them nuts.  Two birds.  One stone.
As Mark Twain liked to say:  “Always do right.  This will gratify some and astonish the rest.”