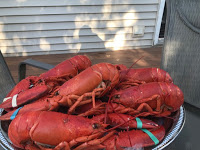 Alright alright I know it’s been awhile. I haven’t dropped the ball I promise I’ve just been juggling other balls while I kept this one tucked under my chin.
It’s time to release the ‘blog’ ball once again. Let it fly!
Let me tell you right off I’m in Canada (yippie!). The flight here was as wondrous and glorious as air travel can be with a five year old and a two year old and a tiny dog. No one threw up, no one did number two in their underwear, the dog waited until we landed to have diarrhea so all in all it was perfect.
First night here we all crashed hard after some home made chicken noodle soup (thanks dad!) and the second night the universe tried to kill me.
It all started with the alarm clock Benji had been playing with during the day. It went off at three pm and I turned it off, eventually. I had a nagging thought I should probably just unplug it but I’m still learning to trust my own instincts. (How old are you again?)
Old enough to know better. At 13 minutes after midnight the alarm clock blared to life and I was in Ben’s room and pulling the plug from the wall before I woke up. Once I did wake up I realized I was holding the top part of the cabinet (which was sitting prettily on top of the chest of drawers) and every single precious breakable thing mom owned had slid and shattered on the floor at my bare feet. It, too, was sliding slowly to the floor except that I was holding it up with my shoulder.
“Um. Bill?”
Bill, having heard the alarm go off but was resting comfortably in the knowledge that I would get there faster being both younger and quicker, heard the crash and reached for his glasses.
Benji sat up bleary eyed in his bed and miraculously didn’t cry and didn’t try to run to me over the glinting shards of glass bears and figurines scattered on the floor.
“BILL!?” by now Bill had gotten his glasses on, carefully pulled his feet from the tangled sheets and walked to me.
I’m not struggling because I’m like She-Ra from carrying around Benji’s 31 pound frame all day. I waited patiently as he flicked on the light and surveyed the damage. Then he stepped in glass in his bare feet all the way to me to put up the falling hutch. How he didn’t get any cuts on his feet is beyond me. He was very, very careful.
We put it back on top of the dresser and stared around us in amazement. “Where do I start?” I remember saying. Bill looked at me mutely. Bill may be in management but I’m the boss in situations like these and I ordered him about like a general.
“Take Benji to your room. I need shoes. Shut the door behind you. I’ll clean it up.”
And I did. From 12:13 to 12:45am I swept and carefully placed large broken bear bums and Precious Moments heads into the blue plastic garbage can.
When I was done Bill wandered back in and shook out the mat onto the floor and then went back to bed.
I don’t know if he went back to sleep but I laid awake for two hours waiting for the adrenaline to dissipate.
Anyway, that was the exciting and terrifying beginning to my Canadian vacation.
While I was overthinking everything after the incident I thought maybe this was a good analogy for life. Sometimes everything precious to you (or to your mom) gets shattered in a random, unexpected way. You may be left in the middle of your wreckage of a life and wonder what the blazes to do next.
It’s easy to get overwhelmed when you’re looking at the whole picture. I am speaking from experience, and not just in regards to the broken figurines.
Luckily all we ever need to do is the next step, and then the next. It’s terribly simple and yet so hard to do. But if you can allow your monkey-brain panic-thoughts to fall away and focus on what needs to be done right now, I think everything will be okay.  At least, that’s what I believe.
Or maybe the trick is to eat a lot of lobster and home made spice cake. I’ll try that too, just in case.
Sometimes it takes a good fall to really know where you stand. Hayley Williams.