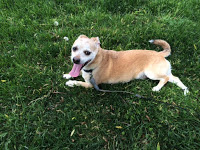 A beautiful morning today, one of the last mornings I will spend at this townhouse in Virginia.  Feeling a little melancholy even though this place never really felt like home.  I always knew it was temporary and Texas was our next move.  The only thing I really loved here was the yoga studio, Radiance, and that we were so close to DC with all it’s free museums and history.  And the cherry blossoms, that was a sight to see every spring.  Made me feel all touched and poetic and stuff.

Life is exceedingly strange.  Soon I will be flying even farther south, moving to the exact place I said over and over I would probably never even SEE again in my lifetime, let alone LIVE in.  Texas.  As foreign a country as a quiet, progressive granola-eating-lifetime-yogi can be and still be in North America.  Texas.  Doesn’t it sound like a curse word?  A dirty, hot, gun-loving liberal-bashing curse word.  I’m trying not to worry about the fact that I am a very round peg in the rigidly square hole that is Texas.  After all I’ve never REALLY fit in anywhere.  I’m like a dust mote, floating along from place to place, never really finding a place to stay still.  But the people are really nice.  So that’s something.  They really are.  Hold the door open for you at the grocery store and everything.
When we were scouting a house I was walking into a grocery store for some water and a ten year old boy stepped right up and opened the door for me.  ‘Mame’.  He said.  I could get used to this, I thought.  Leaving alone the question about whether or not this is respectful of women or just evidence of centuries of treating women like they are not able to do things for themselves.  I digress.  It was nice.  It was nice that ANYONE opened the door for me, let alone a kid.  I could have lived without the ‘mame’.  Who DOES like it when someone calls you Mame?  Maybe when I’m a hundred I’ll be like yeah, you BETTER call me mame sonny.  I’ll throw my dentures at cha, ya young sass-pot.  Grrr.  I plan to be quite cranky when I get old.
I AM super excited about the house we just built – it isn’t a large rambling castle with seven tower-turrets and a moat filled with alligators LIKE I WANTED, but it’s still pretty cool.  We’re having trouble getting a drive-way paved with all the rain they’ve been having.  It might have been easier to build a moat and just wait for it to fill up with rain and alligators.
There’s a horse-farm down the road from our new house (I know, I know, can you get more TEXAS!?) – I have visions of Ellie learning to ride a horse before she learns to ride her bike.  I am a little worried about Toby getting eaten by snakes.  Ellie is smart enough to scoot away but Toby may think he found a new chew-toy.  And spiders.  HUGE, actually poisonous SPIDERS.  My very very worst nightmare.  The biggest danger outside for me in Canada (or Virginia!) was if that large hoard of mosquitos pooled their strength and finally carried me away to feast on me slowly.  Hopefully they don’t read this blog…
Anyway I’m sitting here feeding poor Ellie cookies at 830am and letting her watch TV while I write this so, I’m officially venturing into the ‘bad-mom’ neighborhood.  That neighborhood is the same no matter WHERE you live.
Next week I will be in Arlington, waiting for Bill to finish his last day of work here before we fly out.  I will keep busy researching what the bad spiders look like (they’re ALL bad, they’re ALL bad!!) and trying to teach Toby to be afraid of snakes.  Is it wrong to attack him with a stuffed snake over and over again?  I’d be venturing into the bad mom neighborhood again.  It’s a nice place to visit but I wouldn’t want to live there.  Not like Texas.  Wheeeeeeeee.